05 Mar, 2012
Kolkata has long suffered a lack of properly established and coordinated trauma and ambulance services that can come to the prompt assistance of road traffic accident victims. Kolkata Police has been working to bridge this gap with 18 ambulances placed at strategic locations in the city to ferry trauma victims to the nearest hospitals. However, their initiative lacked the technical expertise that can be provided only by personnel trained in trauma care. All leading hospitals of the city were invited to support in running the services.

KARMA was officially flagged off by Commissioner of Police Mr. Ranjit Pachnanda on 5th March, 2012, from the police headquarters at Lal Bazar.

18 Ambulances and drivers have been given by Kolkata Police for providing 24 hours trauma care service to the trauma victim. This launch has put the city of Kolkata on the prestigious list of the few Indian cities where this service is currently available.

The ambulances are manned by skilled and highly-trained Paramedical Staff, backed by an ever-vigilant Command Centre and the Network of Hospitals giving expert medical care. The Ambulance services to the trauma patients are free of cost.

KARMA is another feather in the cap of Kolkata Police, which is keeping alive its “We Care, For You” promise to the citizens of the city! And Medica is proud to be associated with the noble venture. 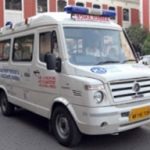 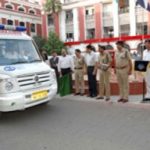 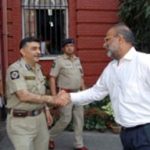