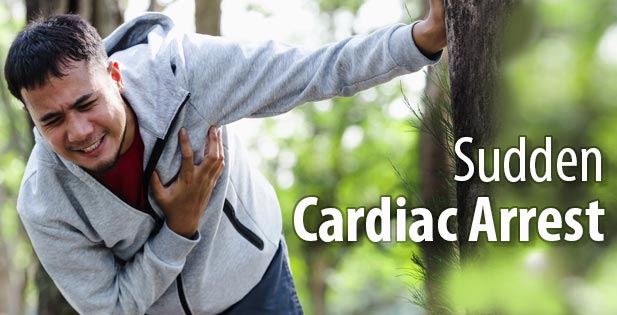 World pair figure skating champion Sergie Grinkov already had four world champion, and two Olympic trophies under his belt by the time he was 28. Pairing with his wife Gordeeva, he won his first World Champion trophy when he was just 18 and the pair became known for their quiet glide over ice, making no noise as they glided. A darling of the crowds wherever he performed, the Russian ice skater was just 28 on 20th November 1995, when he suddenly collapsed while practicing at Lake Placid in New York, for the upcoming ‘Stars on Ice’ tour, and died of a massive heart attack. Doctors found he had severely clogged arteries. He also had a genetic risk factor (PLA-2 variant) linked with premature heart attacks. The risk factor is now also known as the ‘Grinkov risk factor’.

Brazilian footballer Christiano Sebastiao de Lima Junior was known for his sublime skills as the forward for India soccer club Dempo (Goa). Earlier, he had formed an elite strike partnership with India’s ace footballer Baichung Bhutia, with the pair leading Kolkata Club East Bengal to victory in the league championship games. Playing for Dempo in Federation Cup finals against Mohun Bagan on 5th December 2004, Christiano Junior collided with the opposition team goalkeeper and collapsed. Attempts to revive him on field were unsuccessful and he was rushed to a nearby hospital, where he was pronounced brought dead. Autopsy revealed he had died of cardiac arrest. He was only 25.

Sudden Cardiac Arrest in young athletes is not an uncommon phenomenon.

Young athletes aged between 25 and 35, with no previously known symptoms, have been known to collapse while playing and die due to cardiac arrest. Argentinian footballer Christian Gomez, professional basketball player Gilbert D Bulawan from Phillipines, swimmer Alexander Dale Oen, wrestler Eddie Guerrero, Marathon runner Ryan Shay to name just a few, are all victims of ‘sudden cardiac death’.
It has been seen that the sudden cardiac arrest syndrome affects men more than women. The arrest occurs without warning and is usually triggered by an electrical malfunction in the heart that causes an irregular heartbeat (arrhythmia). With its pumping action disrupted, the heart is unable to pump blood to the brain, lungs and other organs, and within seconds the person loses consciousness and has no pulse. If the victim does not receive treatment immediately, death occurs within minutes of the attack.
Signs of sudden cardiac arrest include

With each passing minute after a sudden cardiac arrest, the survival chances of a person diminish by 10 percent. Unless revived immediately by CPR or with defibrillator, the person will go into coma leadng to eventual death.  Fortunately, star basketball player Mike Papale survived because of the quick reaction of an EMT, who immediately initiated CPR and the chain of survival

Are Heart Attack and Cardiac Arrest the same?

Conditions that can trigger Sudden Cardiac Arrest include:

As in most cases sudden cardiac arrest occurs without any previously identified symptoms, prevention is difficult. However, in people with known family history of heart disease or with any other risk factor, it is advisable to go per regular consultations and check-ups.

Sudden Cardiac Arrest requires emergency treatment, which includes CPR (Cardio Pulmonary Resuscitation) and/or Defibrillation (electric shock to the heart) for reviving the victim. Post revival the patient needs to be transferred to an emergency cardiac care unit and may need medical (with drugs), interventional (angioplasty) or surgical (Bypass) treatment.

At Medica, we have the most effective emergency transport service for cardiac emergencies, fully equipped emergency room, skilled cardiologist and surgeons available round the clock, along with latest generation Cathlabs to handle all Heart related emergencies. We have one of the most advanced ICU/CCU in Eastern India for best care of critical patients. Medica’s Chest Pain Responder service is equipped to provide the best possible cardiac support during transport of heart attack or cardiac arrest patients.