Home » » Respiratory Distress in Children: Symptoms, What to Do and When to See a Doctor 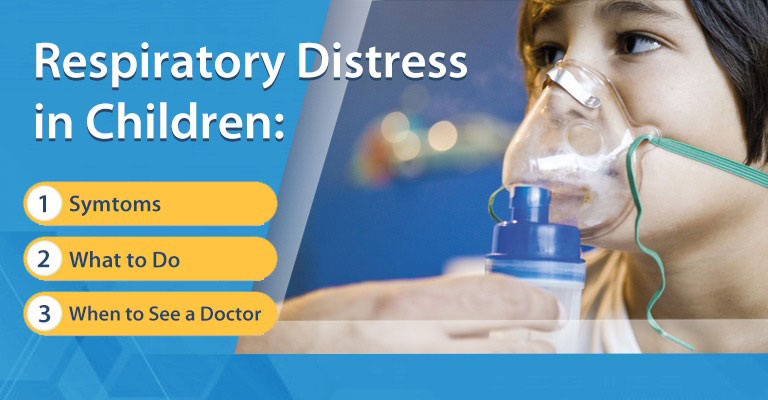 Nina’s daughter, Raina, would find it difficult to breathe normally and frequently suffered from ear infections, sinus problems, colds and upper respiratory problems. Her parents tried all sorts of things such as breathing exercises and using home remedies but nothing worked. During a recent annual check-up at her preschool, the physician noticed Raina’s laboured breathing and referred her to a pulmonologist. When Raina was finally diagnosed and treated for childhood asthma, the change was near-instant.

Most babies and older children, like Raina, suffer from several mild infections of the respiratory system each year. These problems may have many causes, such as the following:

Viral infections cause most upper respiratory infections. Sore throats, colds, croup and influenza (flu) are common viral illnesses in babies and older children. These infections are usually mild and go away in about 10 days but they can sometimes be severe.

The most common sites for bacterial infections in the upper respiratory system are the sinuses and throat.

Allergies are a common cause of respiratory problems. Allergy symptoms in children include:

Babies and small children usually do not have asthma. But the number of new cases of asthma increases with age.

Besides asthma, allergies and infection, other possible causes of respiratory problems in children include:

Babies and children younger than three years may have more symptoms with respiratory problems than older children, and they may become more ill. For this reason, younger children need to be monitored more closely. The type and severity of the symptoms help determine whether the child needs to see a doctor.

When to Call the Doctor

To know about the treatment options at Medica, click here.