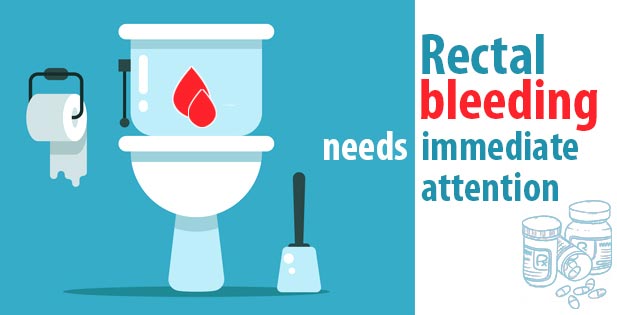 Rectal bleeding happens when one passes blood through the anus. Passage of blood during bowel movement usually means there is bleeding somewhere in the digestive tract. Sometimes the amount of blood that is passed with the stool is so less that it can only be detected by tests (which checks for hidden blood in the stool). Bleeding that usually happens higher up in the digestive tract makes the stool appear to be black and tarry. A person with blood in the stool may be unaware of bleeding and experience no symptoms. On the other hand, they may also have abdominal pain/cramping, vomiting, weakness, difficulty breathing, diarrhea, palpitations, fainting, and weight loss depending on the cause, location, length, and severity of the bleeding

Some common causes of Rectal Bleeding may be:

An accurate diagnosis of the location and the cause of rectal bleeding is very important for proper treatment, and to prevent further bleeding. Diagnosis can be done based on physical examination, anoscopy, flexible sigmoidoscopy, colonoscopy, radionuclide scans, angiograms, Video capsule and small intestine endoscopy and blood tests.

Can rectal bleeding or blood in the stool be prevented?

Most diseases that cause rectal bleeding may be prevented by following these steps: