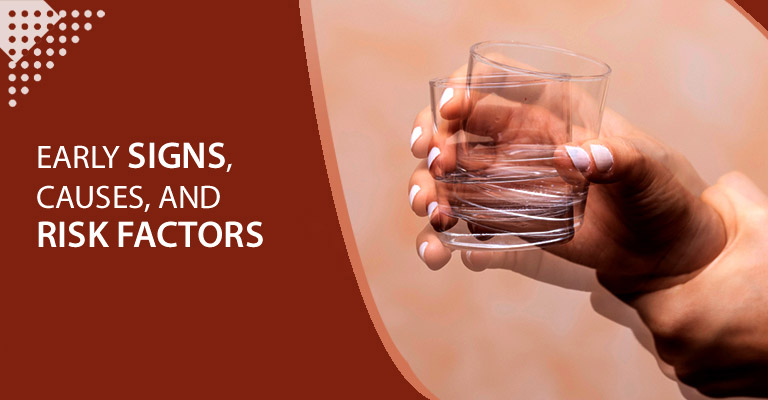 If you are you experiencing sudden tremors and seem to be dropping things more often, don’t write it off as clumsiness. It could be due to a medical condition you never knew you had.

The Onset of Parkinson’s

Parkinson’s disease is a neurological disorder that affects one’s ability to move. The symptoms show up gradually over time, starting with a tremor in one hand that is barely noticeable. Sometimes, the condition can also cause stiffness, thus slowing or restricting movement.

Parkinson’s occurs when the nerve cells (known as neurons) in the brain become impaired gradually and die. Normally, the nerve cells produce dopamine, a chemical messenger that sends signals to the portion of your brain responsible for controlling movement and coordination. In the case of Parkinson’s disease, a decrease in the level of dopamine produced triggers abnormal activity in the brain, leading to movement impairment and other symptoms.

A more serious condition related to Parkinson’s disease is Parkinson’s Plus Syndrome. The term is used to define a group of neurodegenerative ailments having the classic traits of Parkinson’s (rigidity, tremors, postural instability and bradykinesia/akinesia), in addition to certain other features that separate them from idiopathic Parkinson’s disease.

Stages of the Disease

Parkinson’s can be categorized into five stages depending on the severity of the symptoms.

This is when Parkinson’s is in its mildest form with negligible or no symptoms at all. If you do have symptoms, they are likely to stay confined to one side of your body and may not affect your daily activities.

The progression of the disorder to the second stage takes several months, sometimes years. Muscle stiffness, changes in facial expressions and posture are more noticeable at this stage.

This is when the symptoms become more evident. One is likely to encounter new debilitating symptoms that interfere with basic tasks. Slower movements, balance issues and falls become significant too.

At this stage, the person will experience significant changes, such as difficulty walking or even standing without assistance.

The last stage of Parkinson’s is the most advanced one. The symptoms become aggressive and the affected person may need assistance to perform basic tasks. Besides, hallucinations, delusions and confusion are also common.

These may differ from person to person. A person may experience the symptoms on one side of the body before they start worsening and affecting the other side. The common signs and symptoms of the disorder include:

There’s no certain test for diagnosing Parkinson’s. Your medical history, symptoms and a combination of neurological and physical exams are used as diagnostic tools.

Medications, therapies and lifestyle changes are recommended to treat Parkinson’s disease. However, you doctor may recommended surgery – Deep Brain Stimulation as a permanent cure if your condition demands it.

Early diagnosis and treatment of Parkinson’s can help slow its progression and improve the quality of life.