India is one of the three countries that accounts for 97% of the malaria cases in South East Asia. Malaria is a mosquito-borne parasitic infection which is spread by the Anopheles mosquitoes. It is usually found in the tropical and subtropical climates where the parasites that cause it thrive. Once a mosquito bites you, the parasite causing this disease is released into your blood stream which then travels to the liver, where they mature.

What are the symptoms of Malaria?

The symptoms of malaria take 10 days to 4 weeks to develop following the infection. In some people malarial parasites on entering the body remain dormant for long periods of time and they may not develop symptoms for several months. Some common symptoms of malaria are:

Malaria can lead to several life-threatening complications such as: 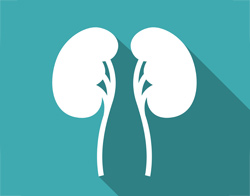 At Medica Superspecialty Hospital, we deal with all complex diseases related to internal medicine daily in the OPD and have one of the most advanced ICU/CCU in Eastern India to handle any kind of medical emergency. Medica offers a comprehensive treatment for any disease and has a fully equipped Emergency Department and 24X7 consultant coverage, to provide the best patient care.
For any kind of emergency, contact us at +913366520100 or Internal Medicine: 9874478915